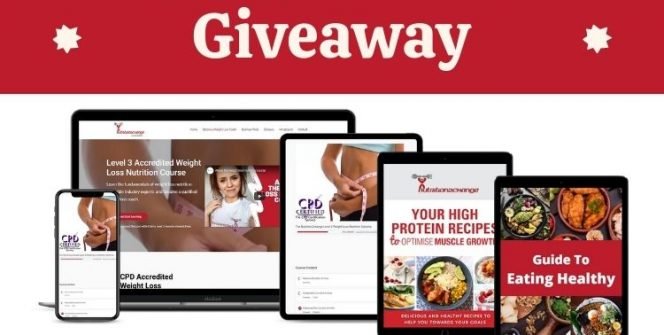 Nutrition2change is giving away 3 of their best sellers for those who LOVE health and fitness!

What will the winner get?
1. Guide to healthy Eating
2. High protein Recipe E-book
3. 12 month access to our Level 3 Weight management and nutrition course (accredited online course)

If you are looking to make 2021 the year where you improve your health and wellbeing through nutrition and healthy eating then this is a perfect giveaway for you.