The Best iPhone Giveaway to Find Going into 2020 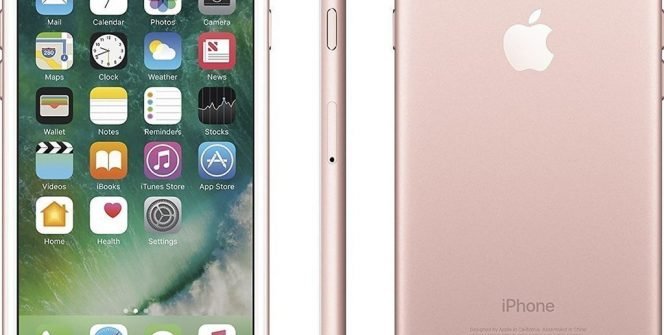 The Best iPhone Giveaway to Find Going into 2020

Apple’s iPhones devices are the most sought after smartphones in the world. Apple was the company which revolutionized the smartphone market with the launch of its first touchscreen device, the iPhone 2G back in 2007. Back then, BlackBerry was the market leader.

However, the intuitive features combined with impeccable design and functionality, made Apple overtake BlackBerry in no time. Apple has been rolling out newer versions of iPhones almost every year since its inception.

With the advancement in technology, these devices have become faster, smarter and loaded with features. Till date, Apple has released 15 versions of iPhones:

Today, users are eagerly waiting for the features Apple will offer in its latest offering in 2020. This has led to the compilation of many reports as to what will iPhone 2020 look like and what it will house. With competitors like Samsung, Google and Huawei coming up with state of the art devices, Apple will have to up its game to survive the cut-throat competition.

The iPhone speculators combine accurate representations of Apple’s suppliers, with the leaked information from moles in the company. Although, users are advised to not depend on these solely because the company can alter its plans at any moment. We have compiled a list of the top speculations about 2020, which are given below.

Apple has recently taken over Intel’s modem business. This has resulted in top analysts like Ming-Chi Kuo reporting that this acquisition, coupled with stiff competition from Android, could lead to an all 5G iPhone line-up in 2020.

Although Apple will incorporate 5G, it will be limited to the flagship models and not the affordable ones (the likes of iPhone XR).

The scenario of 5G being incorporated into all devices cannot be ruled out either. The reason being – High-end Android devices are already coming with 5G compatibility. Apple wouldn’t want to miss the boat when 5G becomes commonplace among its competitors.

Kuo speculates that the prices of 5G Android smartphones will decline to $250-$350, which will put significant pressure on Apple to reduce its cost of production. However, he says that Apple will not reduce the end price because its devices will be future proof for the universal 5G rollout.

This will leave the Android consumers in disarray as cheaper Android devices will only support sub-6Ghz, and they will have to buy a new phone when their network supports a higher bandwidth mmWave. This can benefit Apple as more users will then switch from Android.

Thus, users can expect a high price of the 5G enabled iPhone 2020 device.

ProMotion is a display technology which Apple uses in its iPad devices. It’s a special LCD display which has a refresh rate of up to 120Hz.

It also comes with an adaptive refresh rate scaling. In all the previous iPhone models, Apple has restricted the refresh rate to 60Hz.

A prominent Samsung news leaker, Ice Universe has reported that Apple is in talks with LG and Samsung to roll out 60/120 Hz display for its latest iPhones. Additionally, users can expect the new iPhone screens to be OLED display.

Photographers are in for a treat! Bloomberg’s Mark Gurman and Debby Wu have reported that Apple has asked for VCSEL components to be used in iPhone’s rear camera from its supply chain partner.

Vertical-Cavity Surface-Emitting Laser or VCSEL is a semiconductor which releases low-power LASER. It is usually infra-red. It finds use in many devices today, for augmented reality and simple range finding. Apple is speculated to use a bigger chip that fires a stream of Lasers.

VCSEL will help users click pictures with much more depth. The laser will replace the color with depth in every pixel. It will be useful in computation photography and augmented reality.

TSMC is the largest chip manufacturer which provides its services to Apple. Recently, there were reports of TSMC ramping up the production of 7nm chips.

It is also building up capacity for 5nm chips for 2020. Connecting the dots, we can assume that Apple is planning to phase out its A-series processor in 2020. We can expect even more powerful iPhone with the 5nm chip installed.

As reported by Credit Suisse, all iPhones will be using an in-display Touch-ID sensor. Additionally, there can be an in-display Face ID. According to reports, AMS, the leading supplier for Apple, is developing a smaller Face ID sensor.

Using an in-display Touch ID and Face ID means we can expect a notch-less display in the latest iPhone. The phones will be more stylish than ever and will come in three sizes, viz. 5.4″, 6.1″ and 6.7″, according to Morgan Stanley.

We all know that Apple has invested heavily in wireless power technology. Although some of Apple’s current devices support wireless charging, we are talking of the complete deletion of the lightning port!

Think about the added dust and waterproofness to the iPhone with no ports at all!

Also, what would be exciting to see is the consumer reactions when Apple actually decides to do it!

With its competitors moving to larger screens, Apple is also expected to launch the new iPhone with 3 screen variants i.e 5.4-, 6.1-, and 6.7-inch. According to reports, all these three models will get OLED treatment. This means that the device equivalent of the iPhone XR will be on par with the other devices.

According to Kuo, Apple may experiment with the screen sizes of the new iPhones, making the XS Max go up to 6.7 inches from the current 6.5 inches. It may also reduce the iPhone XS from the current 5.8 inches to 5.4 inches.

Giveawaymonkey is offering loads of prizes, including iPhones for its users to be won. The user needs to just browse to www.giveawaymonkey.com and they can click on any of the offers to win brand new iPhones! Here is a list of giveaways that it offers:

https://giftcardcodes.website is offering a trusted and free giveaway for people who want to get their hands on the latest iPhone XS Max. The key USP of this giveaway is that they ensure the products are genuine Apple products and come with a company warranty and Apple Care.

No doubt Apple iPhones are the most desired smartphones. However, the price tag which hovers around the $1,000 mark may not be everyone’s cup of tea. For these users, Geotoko’s 5th giveaway Celebration offers a chance to win a brand new iPhone XS. The lucky winners will be given a limited number of free smartphones.

The mere thought of winning an apple product brings a smile to many faces. As a promotional offer by Republic Lab, Apple fans stand a chance to win the feature-loaded iPhone X. For applying, one has to go through the terms and conditions and register on the Republic Lab’s website. Lucky users will be chosen randomly and they stand a chance to win the amazing iPhone X.

Key highlights of the giveaway:

Users need to follow the above-mentioned terms and conditions for participating in this giveaway. This is going to be the best giveaway for sure.

iPhone has revolutionized the smartphone market ever since its launch in 2007. Although it has dismantled many of its opponents to emerge as the market leader, still it faces tough competition from its rivals such as Samsung, Xiaomi and Huawei.

To keep ahead of the competition, Apple has been offering feature-loaded upgrades to its devices every year. We are expecting that the iPhone 2020 will be more feature-laden and the probably the best iPhone till date.

If you are looking for free iPhone gifts, you can register for any one of the above-mentioned giveaways. These giveaways can also be found on www.giveawaymonkey.com. So, register and get ready to win!